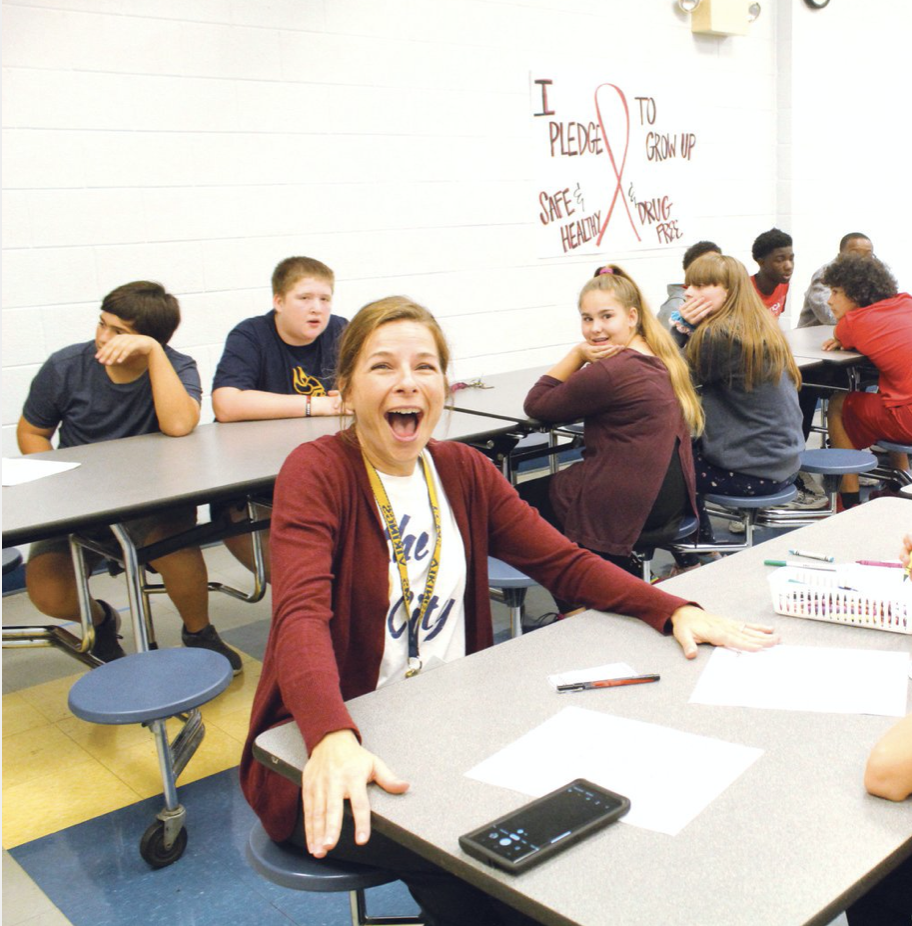 Posted at 21:31h in News by Wilson Education Partnership

Michelle Driver’s face said it all. The Elm City Middle School art teacher was overwhelmed with joy Wednesday when officials surprised her with a much-needed grant that will enhance students’ experience in the classroom.

“This means everything to me,” Driver said with a wide smile.

Driver was one of 18 Wilson County Schools teachers who received education grants from the Wilson Education Partnership. The WEP handed out $12,520 mini-grants to elementary, middle and high school teachers over a three-day period.

Driver’s nearly $542 grant will be used to bring ceramics to students not only for the art aspect but for other content areas as well. Driver will be able to incorporate the science, history and culture behind clay.

“People have been making pottery before there was electricity,” Driver said. Students will be able to work with clay as an art medium.

WEP Executive Director Robin Williams said she and other board members love surprising teachers each year as they head out on “prize patrol.”

“It’s a great way for us to give back to the teacher,” Williams said. “Because if the teacher has needs in the classroom and they are fulfilled, then it trickles down to the child. Everybody wins.”

She said Merck donates a substantial amount of money each year and fund most of the STEM-related grants throughout the school district.

The grants are made possible by Merck, WEP’s annual Spelling Bee as well as annual fund money.

Elm City Middle School Principal Will Pope said the staff is grateful to the Wilson community for supporting WEP through various fundraisers each year.

“It’s an unmatched level of support,” Pope said. “I don’t know that there is another county where you have an organization like this to support schools. As an administrator, at a time where every penny counts for every students, to be able to get support like this is great. We need it, and they fulfill the need.”

Applications were submitted and grants were awarded after a committee chose the winners. WEP officials will be headed out to another round of schools Thursday.

Photos and Story By Olivia Neeley