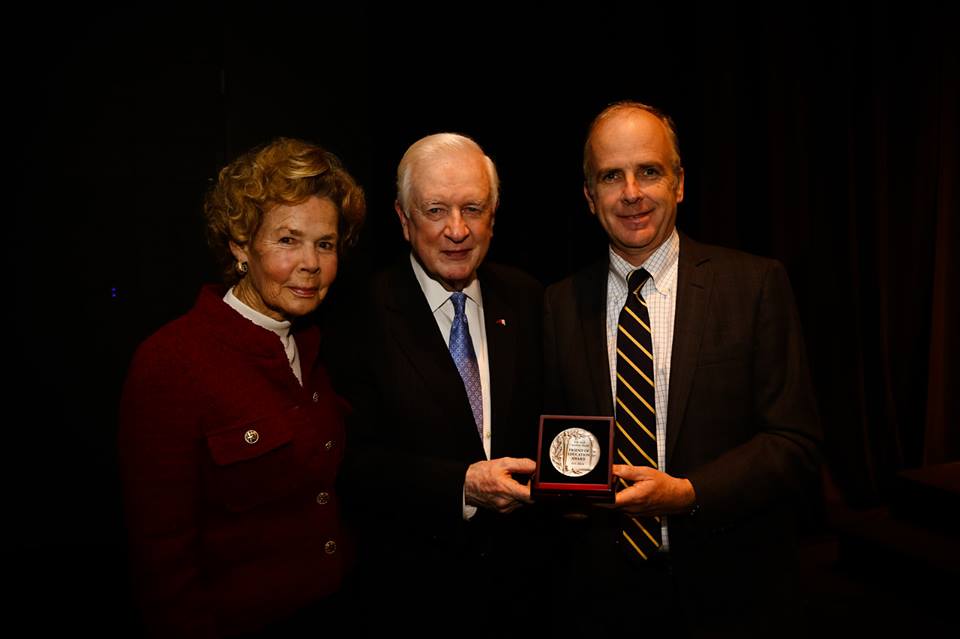 Posted at 14:24h in News by Wilson Education Partnership

Purdue Pharmaceuticals was recently honored with the Jim and Carolyn Hunt Friend of Education Award at the Wilson Chamber of Commerce’s annual meeting.

According to Robin Williams, executive director of the Wilson Education Partnership, Purdue Pharmaceuticals has been a leading partner in support of Wilson County Schools since 1999.

“They have set an example in Wilson County as a model partner whose commitment and various support levels will encourage others to give time, talents, finances and resources to public education,” Williams said. “Purdue employees are active in WEP programs and spend numerous volunteer hours supporting students and teachers.”

Purdue’s contributions include donating more than $225,000 to WEP for the annual fund and events; donating $12,500 to buy books for high-priority school libraries; donating a fleet car to the Fike automotive program; offering school bond referendum financial support, hosting tours for teachers; allowing Purdue leadership to serve as WEP board members, including participation as president, Jim Sullivan; donating backpacks to the Back to School Fair; participating in Career Days; developing manufacturing teaching kits for elementary schools; giving support to Wilson Academy of Applied Technology; participating as a partner in the WEP career connections program; and participating in the WEP job shadowing program.

The Jim and Carolyn Hunt Friend of Education Award was established by the WEP in 2014 to thank and recognize those who make significant contributions to public education in Wilson County. The award is presented annually to recognize demonstrated exceptional commitment to public education.

“As the highest honor awarded, it is given to recipients who exemplify the vision, leadership and examples of Jim and Carolyn Hunt to provide the best schools possible and to nurture an array of partnerships that make positive differences for students and teachers,” Williams said. “The award was not created to honor only those big businesses in our community. Rather, this award is intended to recognize recipients who support public education and who generously invest various resources proportionate to their size and capacity to give.”