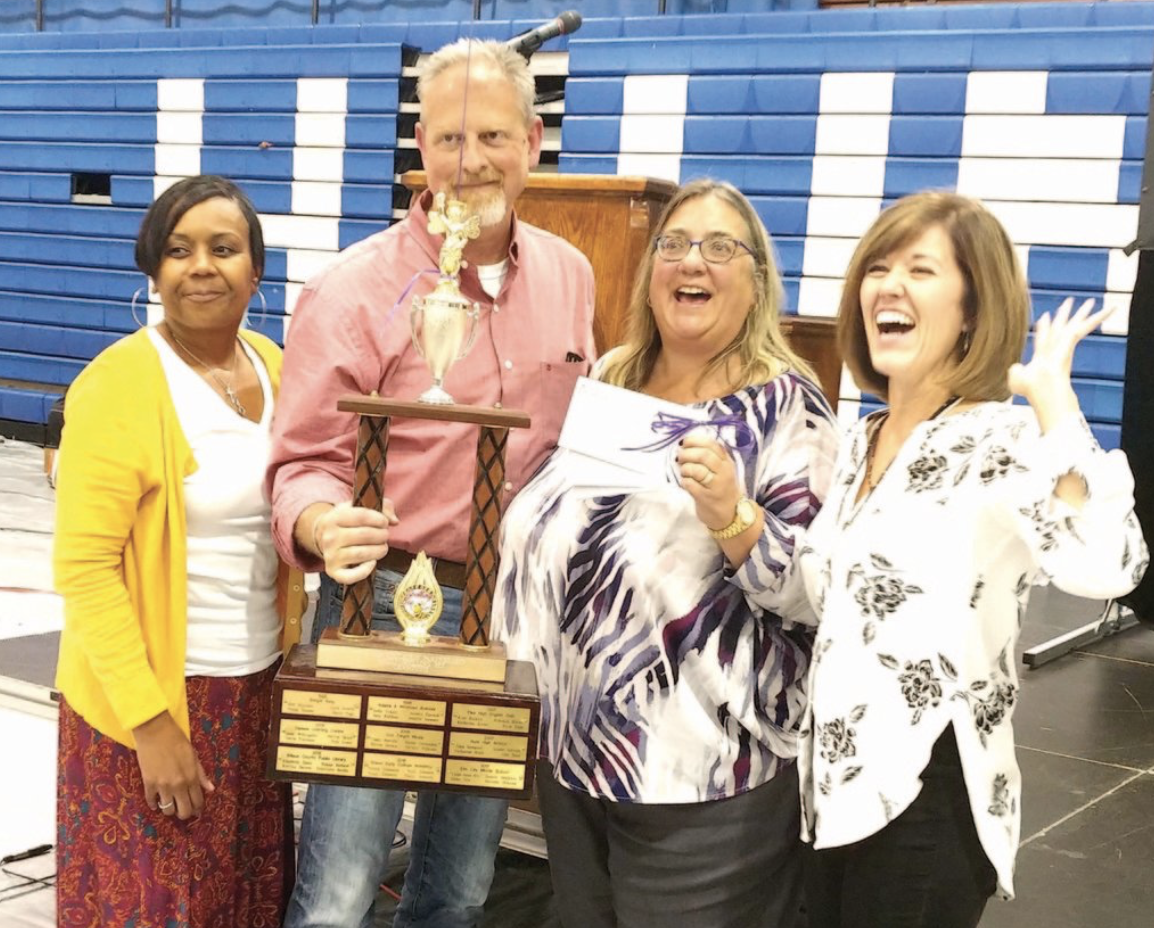 Posted at 22:39h in News by Wilson Education Partnership

Ask the next people you see if they can spell “glissade” or “cliquism.”

Held in Hunt High School’s gym, the event had a ’70s disco theme with contestants dressed in tie-dye shirts and bell-bottom jeans, peasant blouses, leisure suits, headbands and big wigs. Forty-two teams of four spellers sat at tables representing a mixture of schools, businesses and community organizations. They competed for a trophy to take home until next year’s bee.

The winners hailed from Purdue Pharma; Lucama Elementary School’s team was named runner-up. All other teams had the balloon at their table popped when they misspelled a word and ran out of buyouts.

The event raised money for WEP projects through entry fees and by allowing teams to pay for extra chances when misspelling a word.

The earlier rounds did have easier words so folks could hang in longer, said Robin Williams, the Wilson Education Partnership’s executive director.

The contest began with words like “hedgehopper” and “decorous” in the first round. A ruckus arose when judges misspelled the word “territory.” The word was tossed out.

The second round began with the word “escapement” and ended with “niche.” The Lee Woodard Elementary PTO team fell halfway through the second round, becoming the first team to bow out.

The third round ended in controversy when several teams felt the announcer mispronounced “epizootic,” using a “d” sound instead of a “t.” The judges allowed three more words.

The fourth and final round didn’t allow for buyouts. About half the teams remained in the contest at the beginning of the fourth round, but most dropped out with the first word, “senary.”

In case you’re wondering, a “glissade” is either a ballet move or sliding down a snow-covered slope in a standing position without the use of skis, according to the Merriam-Webster Dictionary.

The annual event is the big fundraiser for Wilson Education Partnership, a nonprofit organization committed to improving public education through partnerships with local businesses.